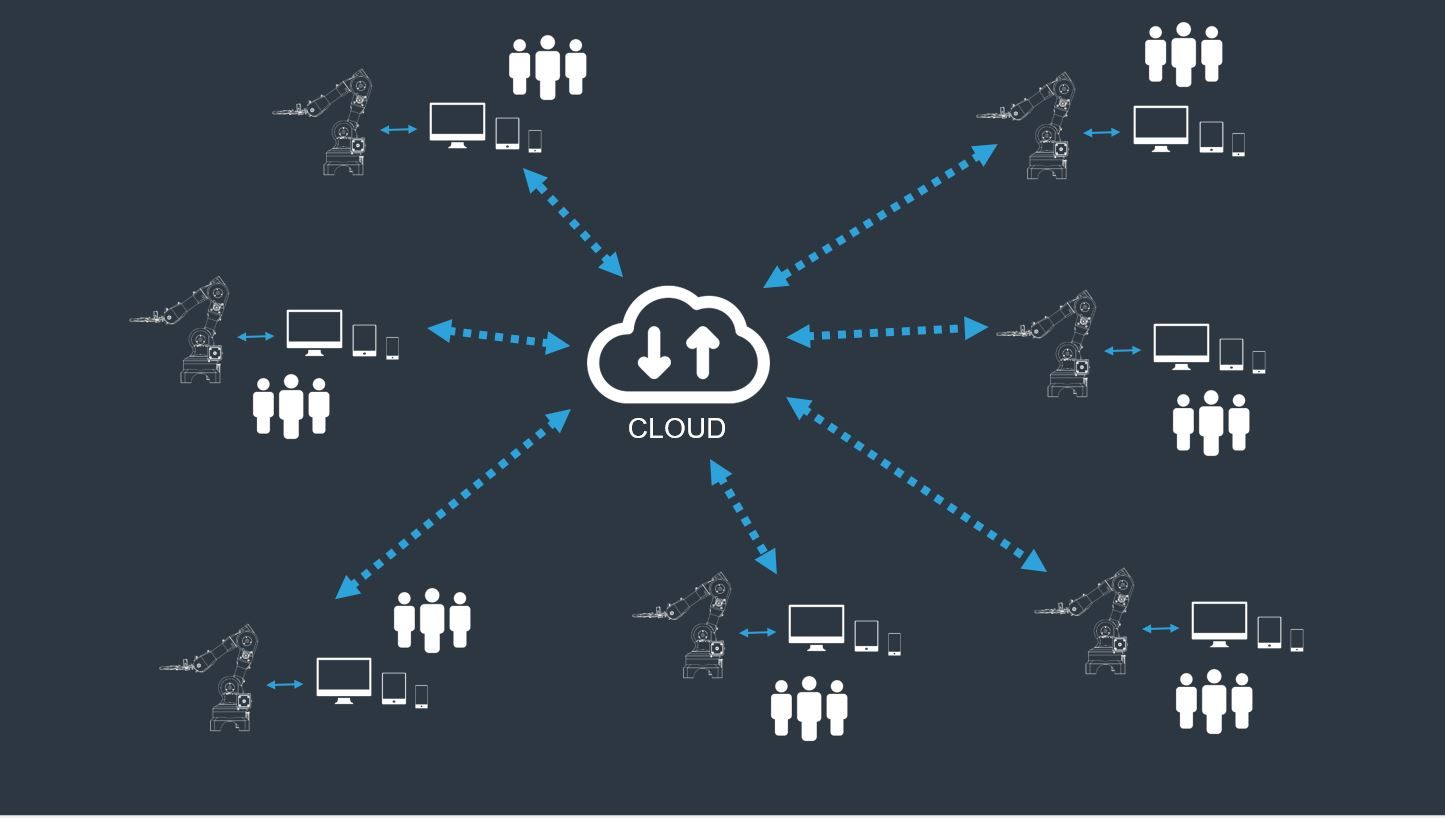 In the previous post, we’ve seen how robotics and web technologies start to work together to speed up robotics democratization. This evolution will change the way we see and use robots. We will not just buy and use a robot as a product. Instead robots will be leveraged to offer us a complete set of services.

Web technologies have been around for a while, with many revolutions over the years : websites, cloud storage, dynamic front end, Software as a Service, mobile applications, cloud computing, and many more.

On the other side, robotics has also been around for a long time, but mostly for industrial purposes. It is time now for robotics to become accessible for everyone, and guess what ? It has already started. Cobots, artificial intelligence, drones, accessible robots are now a reality. Many efforts are being done to democratize robotics.

Unifying web technologies and robotics may be one of the best way to speed up this democratization.

Robots with IoT (Internet of Things)

You certainly know about connected objects. They are objects (watch, remote control, lamp, …) that have something more : they give you a greater experience than just the object itself. They are part of a bigger system which gives you the best possible experience (associated to a service) depending on the analyze of collected data (big data).

Robots will be soon part of this system. Take Niryo One as an example :

The robot will be connected to your home, so you can use a web/mobile application to control it, from the inside, but also from the outside, anywhere in the world ! Plus, in the future you will be able to connect it with your other connected objects.

Let’s take another example : Farmbot is a CNC machine to automate your garden, so you can always have fresh fruits and vegetables. The system is connected to the Internet, so you can easily control it and use it as a service.

Software updates will keep you up to date

A problem with hardware devices is planned obsolescence. As soon as the product is sold, another one with better software is coming out, so the product you just bought is already old. The only option for you to keep up with the last technology is too buy the new product, and over and over again.

By making robots more like a service than a product, the product obsolescence will be reduced a lot. You will always get the last version of the service. Every time there is a new release, you will get to know about it, test it (during beta test phase), and use it as soon as it is finally released.

Plus, by taking some intelligence out of the robot (which is handled by the service), there is no need for over-complicated and heavy computers inside the robot, and you have less hardware to maintain. The product will then evolve with the service, so this time, you will have no effort to make to keep up with the last existing technologies.

RaaS will free you from location constraints

With Robot as a Service, you will be free from most location constraints. You can manage a robot from anywhere, program it, debug it. Imagine that you work on a web interface, with a video stream coming from different cameras and a continuous update about the robot state (sensors, etc). You then have all the needed info to do some real work on the robot. Of course this will not save all problems – disconnected wires, mechanical problems  – but those problems are small compared to the benefits you get.

Oh, and you also might want to control, not one, but multiple robots, from your computer ? That’s the power of RaaS : you can control multiple robots the same way, or differently. You can get a full real-time report of the state of all robots.

And… you can easily synchronize multiple robots. Just take the inputs of multiple robots, and process those inputs to give the necessary outputs. Here you don’t need to know anything about low-level code running on the robot. All you need is to program a high level model to make multiple robots work together.

A new world of possibilities for education

Operating a robot from a remote place can be very practical for schools and universities labs. Plus, RaaS means you also get to work on cloud computed simulation. All the students of a class can then learn industry oriented robotics with a simulation of the robot on the cloud. They can also work on a team project to make multiple robots work on an assembly line, or to simulate how robots can work together to help people in daily life, or anything they can imagine.

As you can see, Robot as a Service is – with the help of web technologies – about to grow exponentially. It will not only take a huge part in the next industrial revolution, but also speed up robotics democratization faster than ever.

How to learn robotics with Arduino

Robotics is such an exciting and growing field. Many people want to learn how to make robots, but sometimes it is hard to know where to start.

If you are starting...

What kind of servomotor to use for a robotics project ? (hint : Dynamixel)

You are looking for a nice servo motor to use for your robotics project ?

At Niryo we have tested some of the servo motors you can buy online, and we found that one...