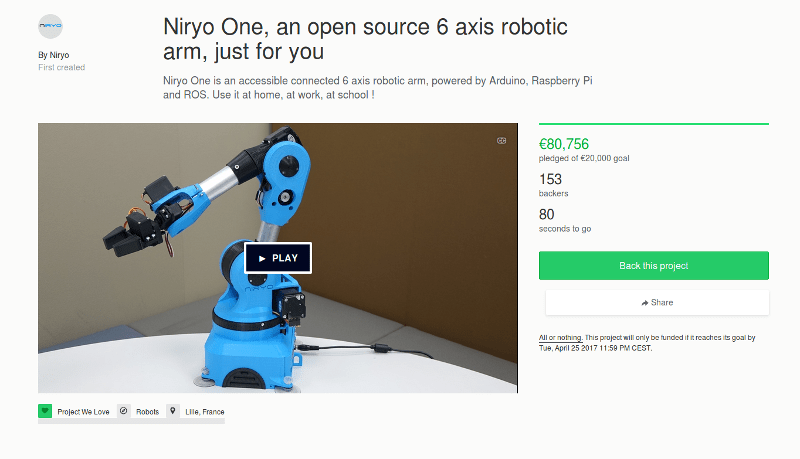 We’ll now finish the last modifications about the robot we will ship, and start the production in July so everyone can get the robot on September. STL files and source code will also be released after the first shipments of the product.

We are really motivated by the result we’ve gotten on Kickstarter, we know that our product meets real needs, and we can’t wait to start getting the first users feedback !

If you missed the Kickstarter campaign, you can now order Niryo One.

New servomotors for the robot

During the Kickstarter campaign we worked a lot on the servomotors because we were not satisfied with the ones we’ve been using : too much wiggling, some unexpected overheat, and a bunch of other problems.

After some tests, we decided to change the servomotors and we now use Dynamixel XL-320 servos. Axis 5, 6 and grippers will be equipped with those servomotors. 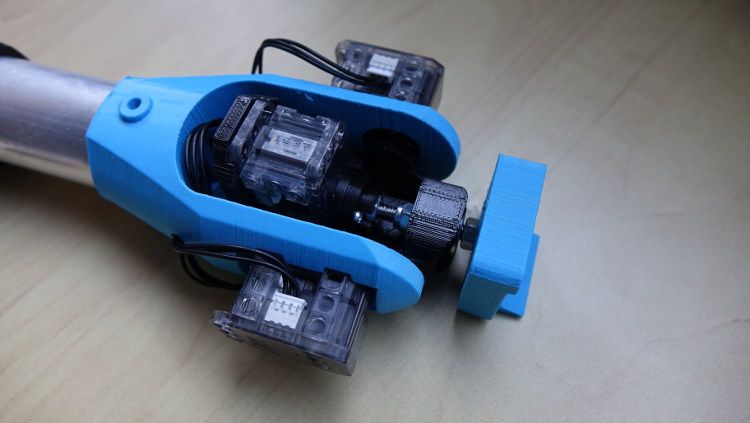 Dynamixel is a well-known brand for industrial and hobby servomotors. Their motors are high quality, and offer a very nice precision and control. You can control them with position, velocity, torque, and also read those values from the motor.

To resume, Dynamixel integration will bring those improvements on Niryo One :

Improvements on the Web/Mobile application

We’ve also worked on the user interface during the last month. On the Kickstarter campaign page you can see a draft of the robot control dashboard. We’ve improved it so it can now be used on any computer, tablet, and smartphone.

We are still working on this interface.  Graphics will be totally changed to be nicer, we’ll add a lot of new functionalities, and we’ll connect this application with our cloud service. A native Android application is also under development.

How to get Niryo One now ?

Well, the Kickstarter is now over, but here is a good news : you can now order Niryo One !

If you’ve missed the Kickstarter campaign, this is a good opportunity for you to get the robot.

Also don’t forget to subscribe to our newsletter, so you can get special offers, discounts, and news before everyone else : 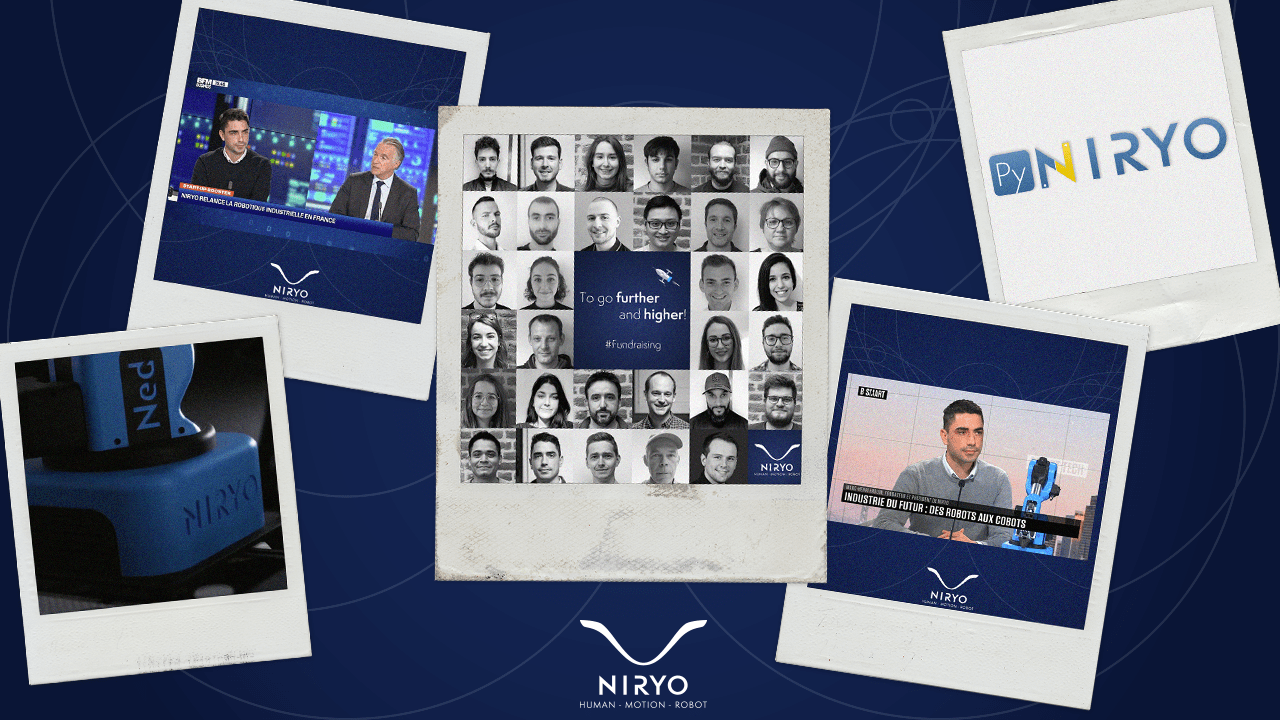 As you might have seen it, if you regularly follow our news, the end of 2020 and the beginning of 2021 have been pretty eventful and emotional! 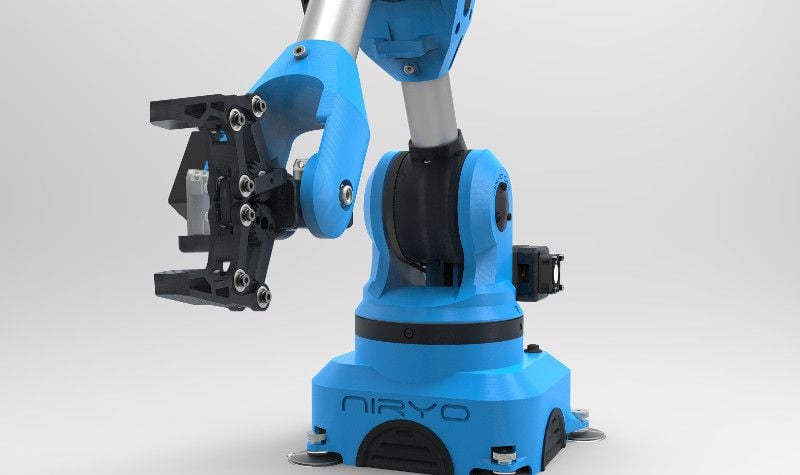 Niryo One has been officially launched

Niryo One has been officially launched this month (September 2018), you can order it right here on our website.